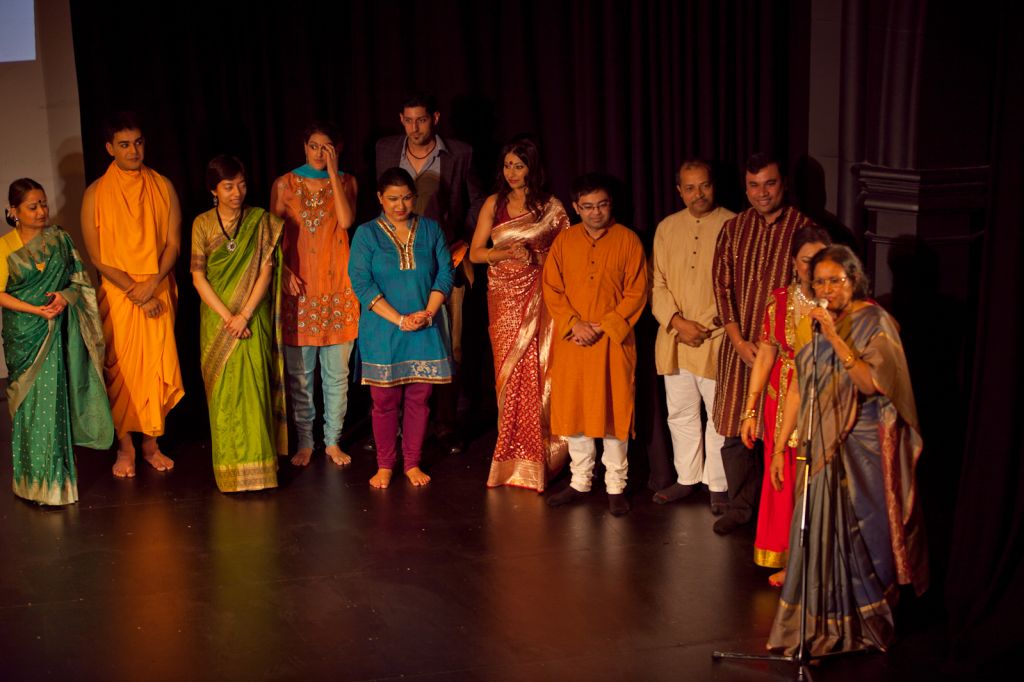 Nrityakala Dance Heritage (previously k/a Nrityakala the rhythm) from the inception in 1986 has been for the younger generation who are somewhat cut-off from their cultural roots. Guided by the philosophy “learning through rhythm” involved a considerable number of younger people as well the older generation of the community of London in particular.

The Founder Director being an ex-lecturer in College and a Classical (Indian) dancer made an endeavor to use the educational and artistic aspect of dancing; therefore the theme of shows are very often the stories, poems, or dramas –the works of well-known Indian writers. (Translation in English is a priority).

The debut show by the Organization was a dance drama staged at Holloway Theatre, Islington in 1988. The Borough provided Stage, rehearsal space, publicity, and Administrative support along with small funds for the making of the big show. At least thirty participants took part in various fields.

In 1992 the Organization launched a Charity show for Mother Theresa’s “Nirmal Hriday” in Kolkata. More than fifty participants from all corners of London –age ranging from five to over fifty in a dance theatre called ‘Tasher Desh’ (Land of Cards) on the writings of Rabindranath Tagore, the First Asian Nobel Laureate. The BBC World Service and then High Commissioner of India were of great assistance.

The young people were mostly students of all levels including Medical, Law and other, with no dance and acting background. More than six months they devoted to learn new form of along with making costumes and props. It was a mammoth work with great success.

In 1997 and Charity Show for “Save the Children” attracted the attention of an Arts officer of Barnet. He realized the objective of the Organization i.e. involvement of the Community. The quality of the show was beyond imagination, a few professionals were engaged.

London B. of Barnet invited Nrityakala D. H to be part of the Barnet Festival in 1999.

This big show by only one Indian Organization was considered as the most successful in the Festival bringing the maximum audience. Once again a big number of people of all ages presented a professional show called “Asha Purna”

In 2000 L.B. of Barnet sent an invitation for another show for Environment week. “Mother Earth” was created to the delight of the audience.

A big Charity Boat Party (GOSH) in 2016 involved a great number of people and proceeds were given to the Hospital at the show in The House of Commons. (Portcullis House).

In Nov 2019 the Organization presented a great show “Kaleidoscope” on invitation from Watford Council in collaboration with the local Diwali Committee.

The focus on Community continues with a view to educate the younger generation about the richness of the cultural heritage thereby broadening knowledge about their ethnic background.

The older generation of the local community get a fair share of Well-being and keeping healthy, the Founder Director visits centers to demonstrate, talk, and involve them in physical/dance movements.

Workshop in schools – is important, keeping the youngsters amused and happy with costumes, videos, and proper involvement in activities.